Makeup Reflects the Times - The Transition of Japanese Women’s Makeup -

Shiseido Co., Ltd. has proposed women’s beauty that goes ahead of the times since the company was established.We reproduced the transition of makeup trend in Japan from the 1920s when westernized makeup was accepted by the general public to the present with a single model by leveraging the fruit of our many years of research on makeup trends. Senior Hair & Makeup Artist Setsuko Suzuki, a leading member of Shiseido’s Beauty Trend Research,*1 explains the beauty along with the historical backdrop.

The Transition of Japanese Women’s Makeup：JAPANESE

What is common to makeup from the 1920s to the first half of the 1950s is admiration for Western culture. The role models are actresses on the silver screen or Western iconic stars. Makeup in the 1920s expresses an extremely helpless look with thin sagging eyebrows, droopy eyes with eye shadows at the corner of the eyes or thin puckered lips but bears strong similarities to Japanese traditional makeup. It can safely be referred to as the times when Japanese traditional makeup switched to the Western counterpart with no sense of strangeness. In the subsequent 1930s, eyebrows changed to arched ones and lips were overdrawn for enlargement. It graphically represents the fact that the influence of the West gained force, which was widely different from the aesthetic awareness of Japan’s traditional makeup. In the postwar 1950s, strong-willed square thick eyebrows and lifted eyes using eyeliner caught on, from which you can read the strength of Japan undergoing the reconstruction phase. A wide variety of cosmetics became available in those days, helping women increasingly enhance their awareness of variations of flesh color but generally they did not go beyond the framework of the three primary colors of Japanese traditional makeup, i.e., whitish skin, black eye lines and red lipstick. 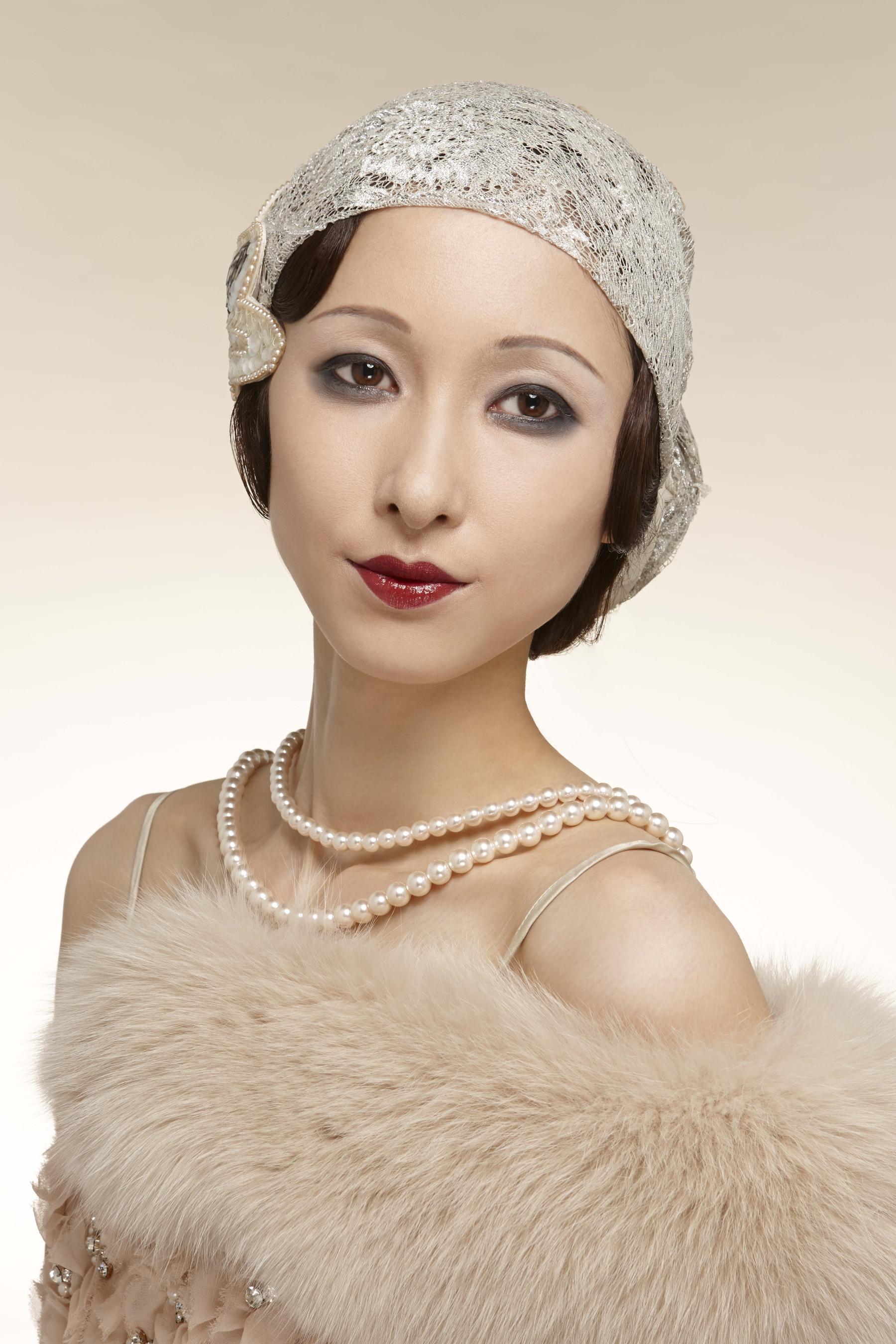 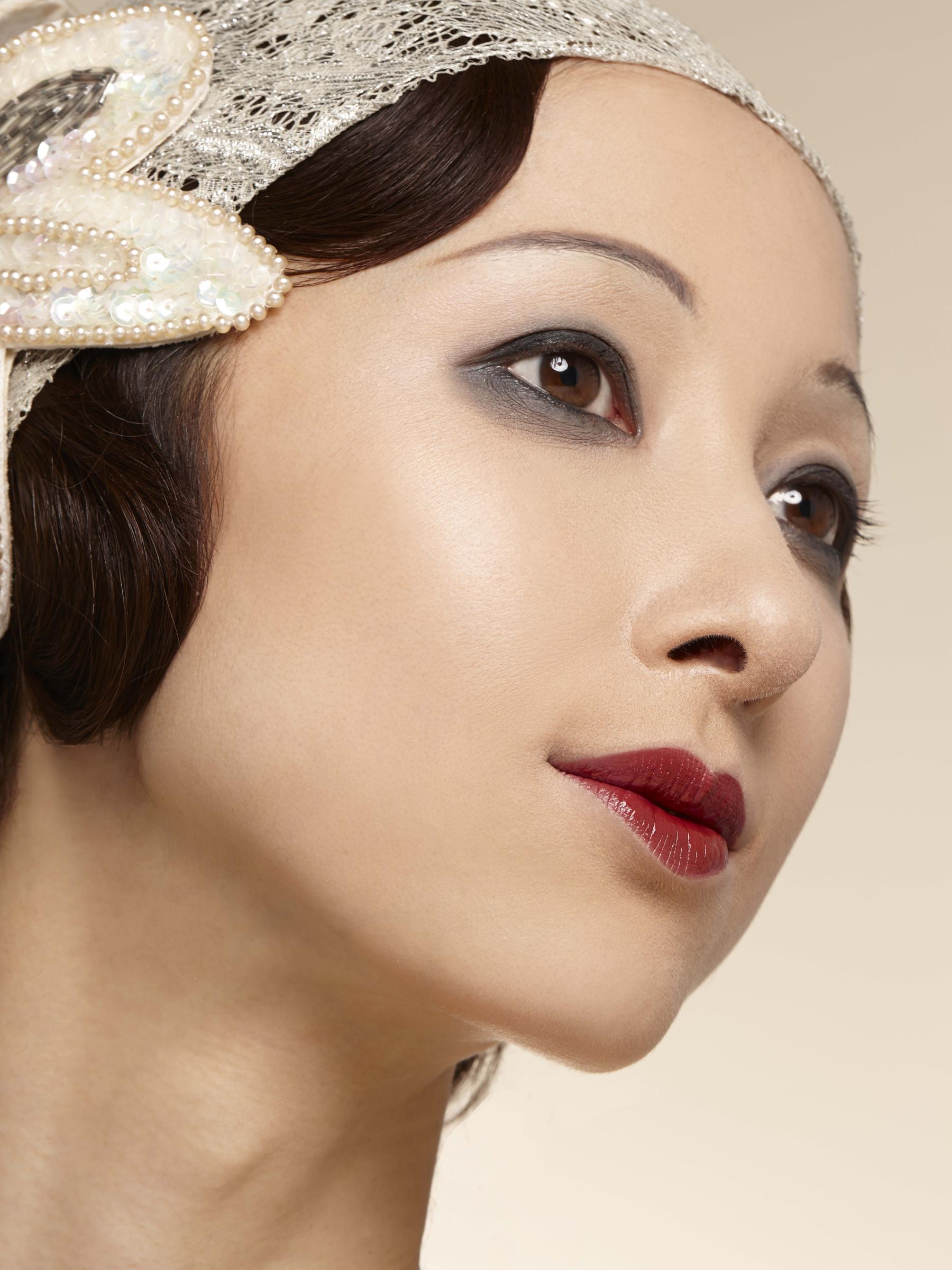 1930s/Makeup inspired by admiration for actresses on the silver screen 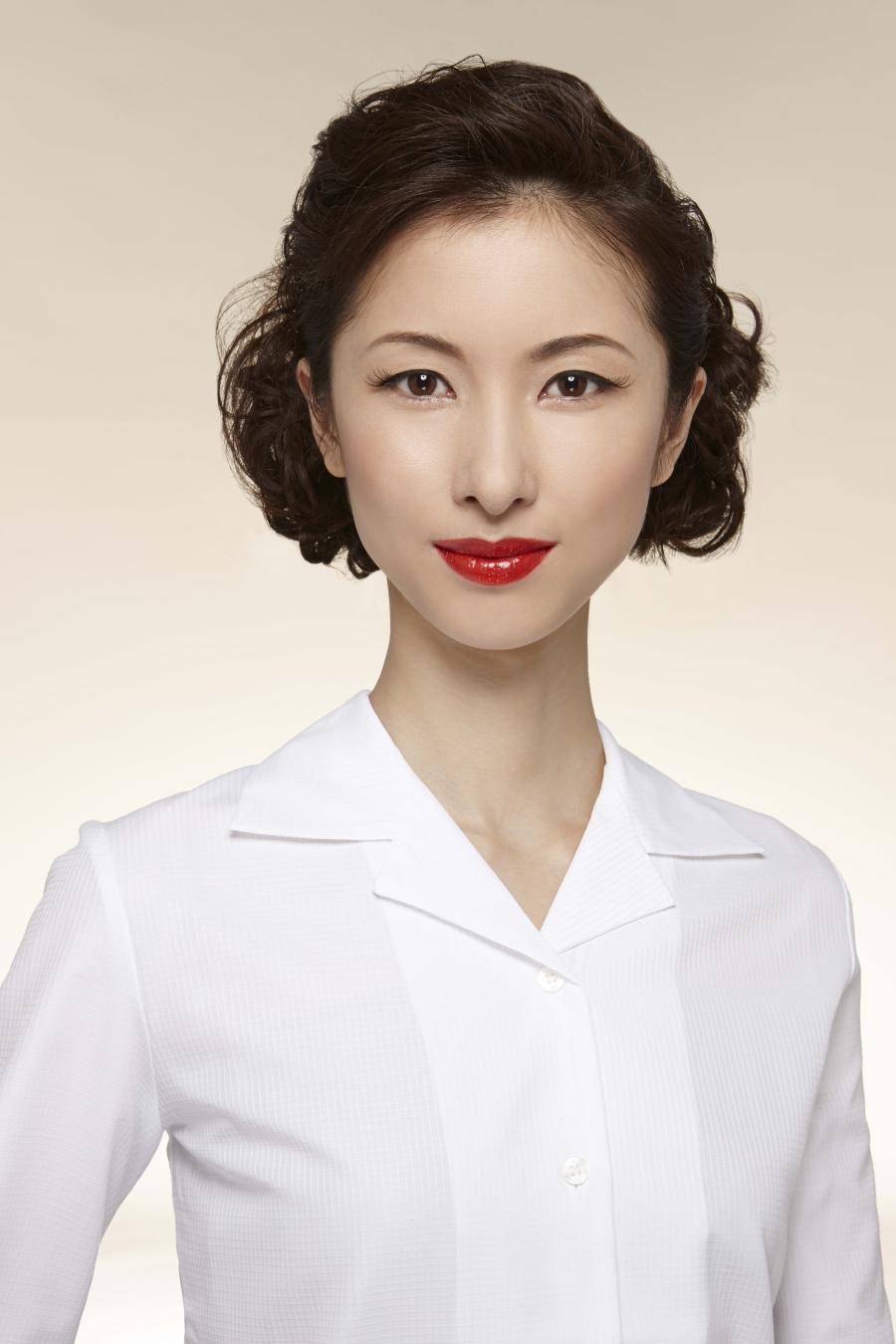 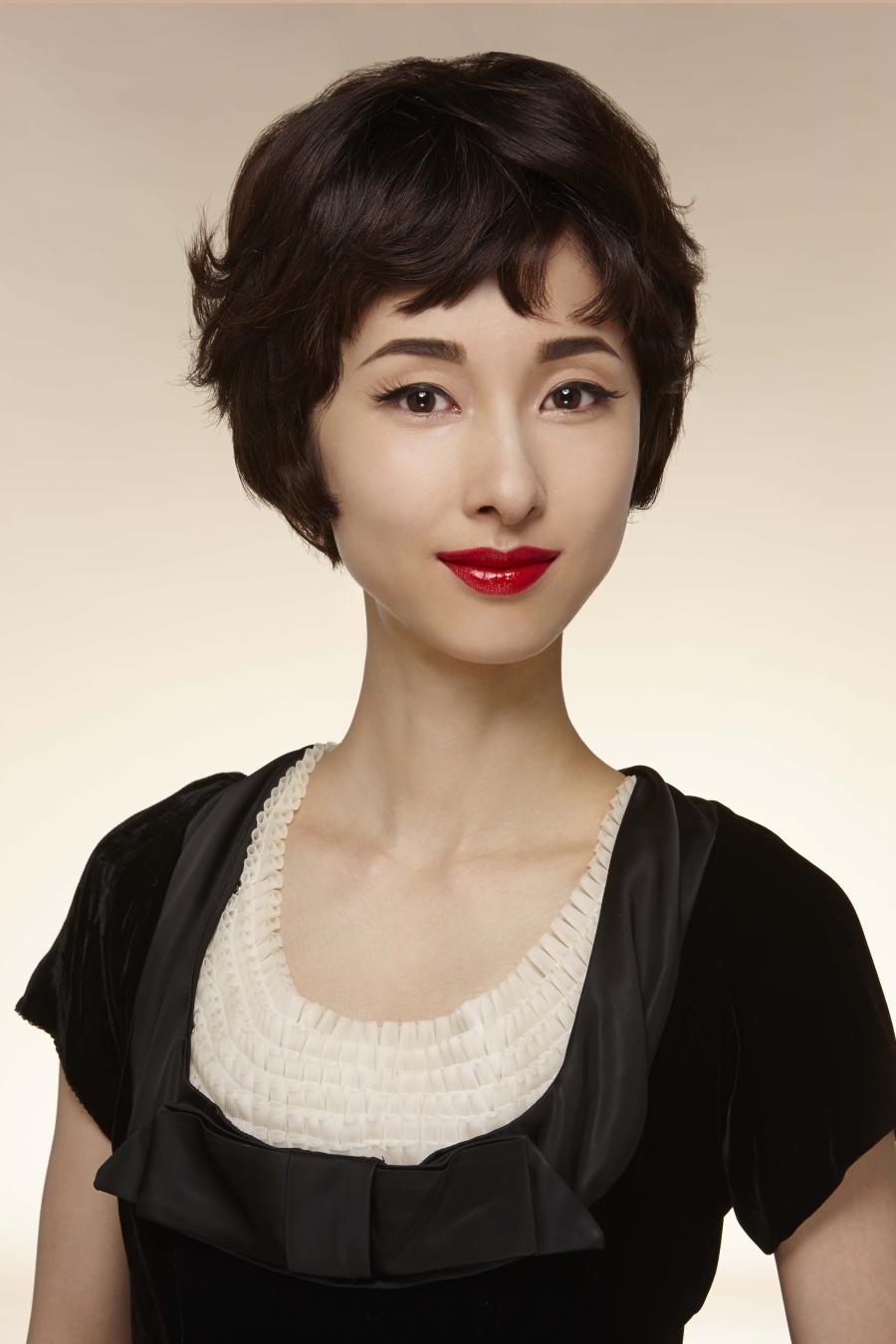 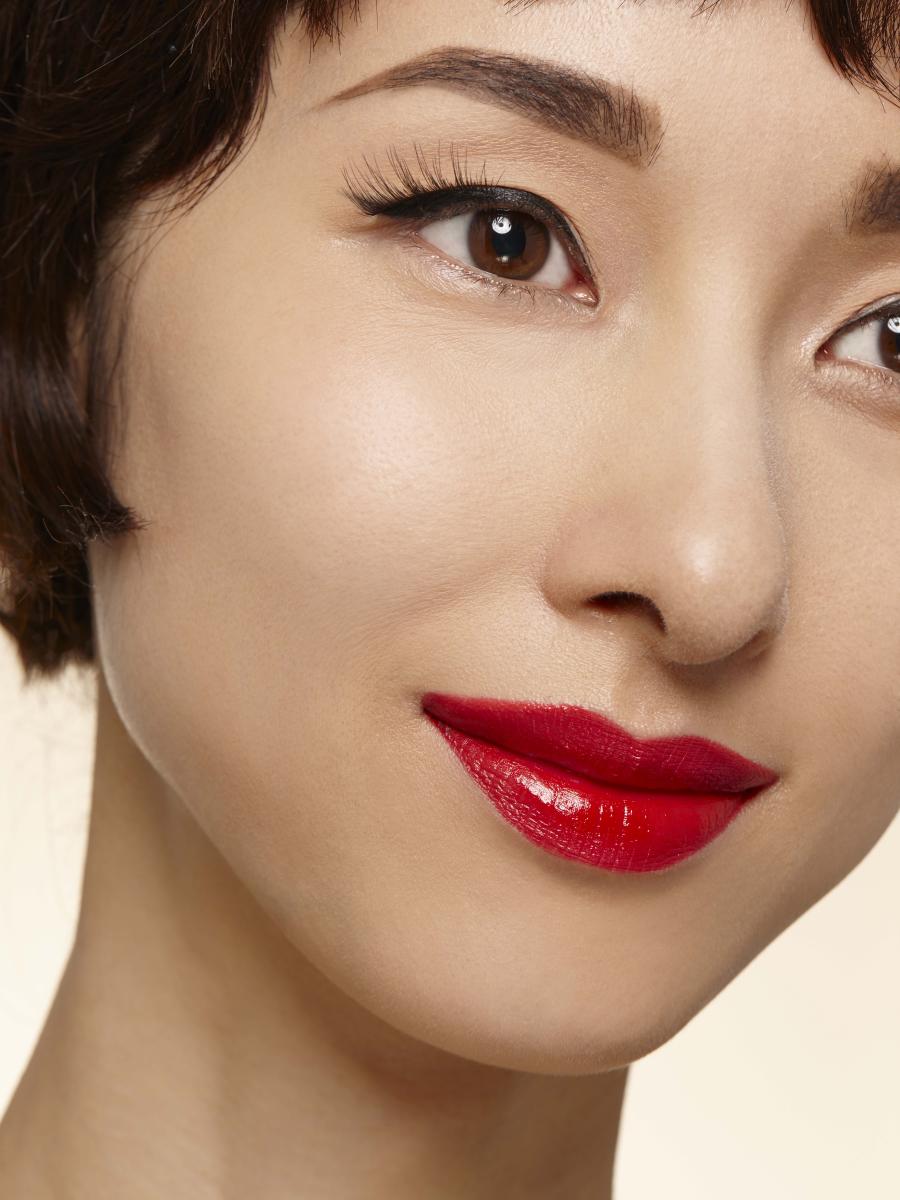 From the 1960s to the 1st Half of the 1970s/Admiration for, and Emulation of, Westerners’ Faces

From the 1960s to the first half of the 1970s, Japanese people became fully aware of the world. As for makeup, in particular, people broke away from the traditional three primary colors, with pale sherbet tones on the lips emerging; the width of makeup was enlarged dramatically. Women’s fashion icons shifted from actresses on the screen to models who appeared in TV commercials. Along with this shift, eye makeup with double lines on the upper eyelids and flashy false eyelashes emulating big sculpted eyes like a Western model became a fad. As for the skin, though Western-oriented bright pinkish colors remained predominant, suntanned skin colors became a huge craze for the first time in Japanese history. In the 1970s, issues ranging from the Vietnam War to the antiwar movement, to the emergence of hippies, the oil crisis or pollution on the back of rapid industrialization cast a dark shadow over Japan, which had been developing at a fast pace after World War II. In line with such social climate, makeup, which was characterized by cheeky lifted eyes in the 1960s turned into the droopy counterparts with eye shadows under the lower eyelids, with eyebrows becoming extremely thin, giving rise to a decadent atmosphere on the whole. 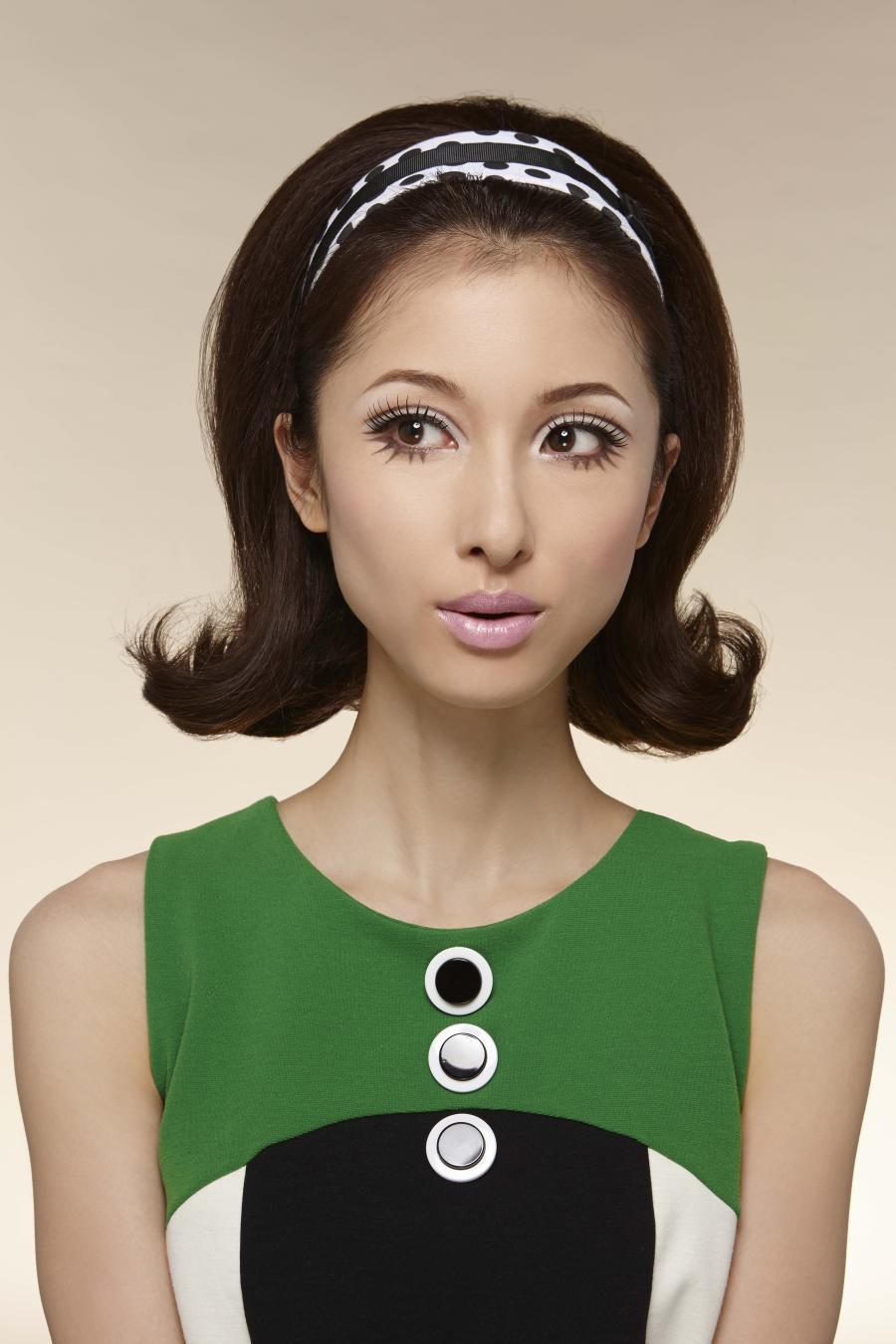 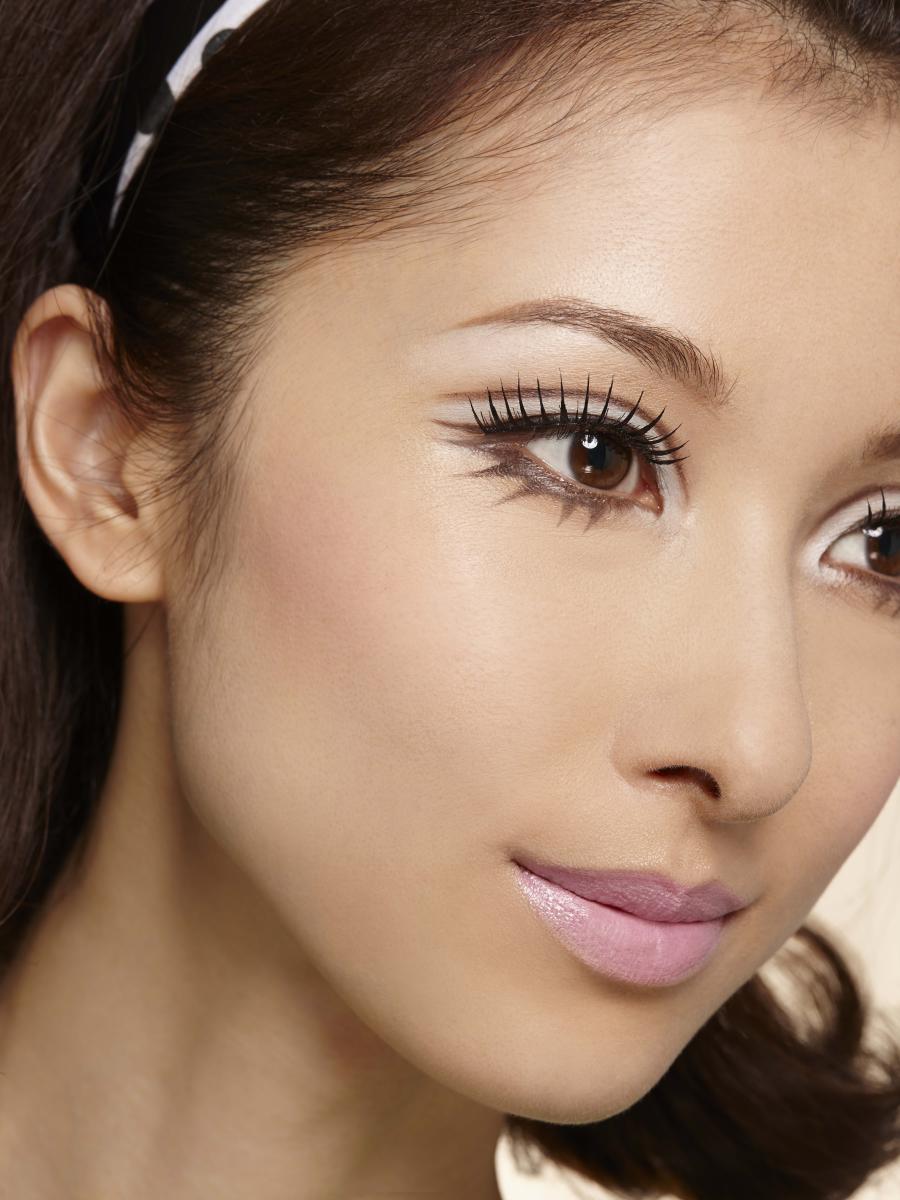 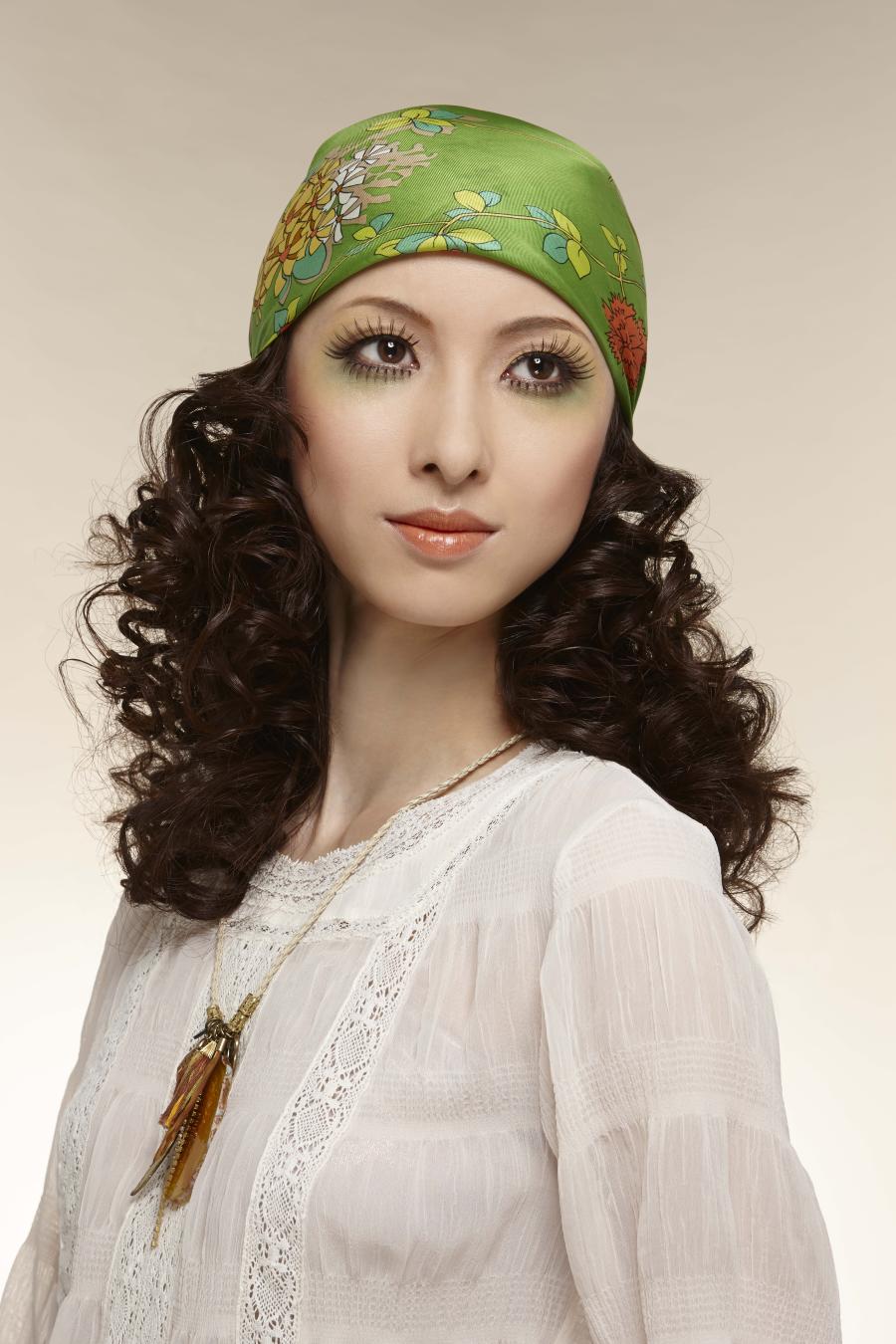 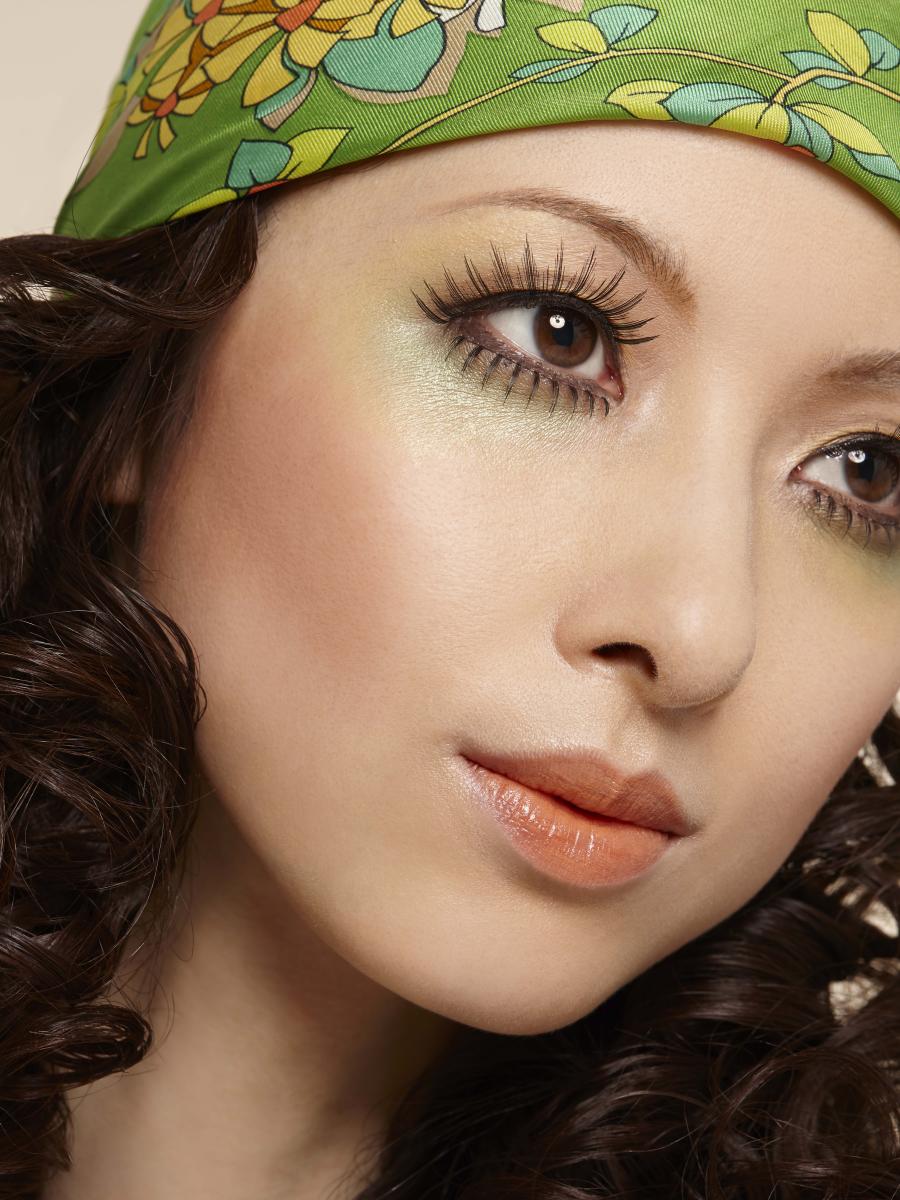 In the 2nd Hal of 1970s, Japanese people, who had remained low-key from a perspective of Western-oriented sense of values, leaped onto the world stage. Japanese fashion designers were recognized in the Paris Collection and Japanese models enjoyed great popularity. Breaking away from an inferiority complex: “I want to be like a Westerner,” women came to re-evaluate beauty peculiar to Japanese. Shiseido picked very Japanese Sayoko Yamaguchi for a model for our advertisements in 1973 for the first time. In addition, using Kimie Shingyoji for an ad of CHIFFONETTE in 1976, we called attention to Japanese people’s long-slit eyes, with the catch phrase: “yureru manazashi (shimmer eyes),” which made quite a splash. In the 1980s when the economy boomed and Japan was touted as “Japan as Number One,” a career-oriented women boom arrived while fashion trends began diversifying into surfer fashion, head-to-toe black “crow tribe” fashion, to name but a few. Eyebrows, which had become increasingly thin over the preceding two decades, became thick all of a sudden. Though they claimed that “as it is natural,” in fact, eyebrows were quite thick and dark and it was a type of makeup that left a strong impression. Career-oriented women who saw the advent of the bubble economy came to use their masculinity and feminity as the situation demands; their styles gradually turned into feminine ones, with uniform length haircuts and body-conscious outfits. After that, overall makeup lightened, except lipsticks of vivid and distinguished colors, while makeup around the eyes became quite natural. 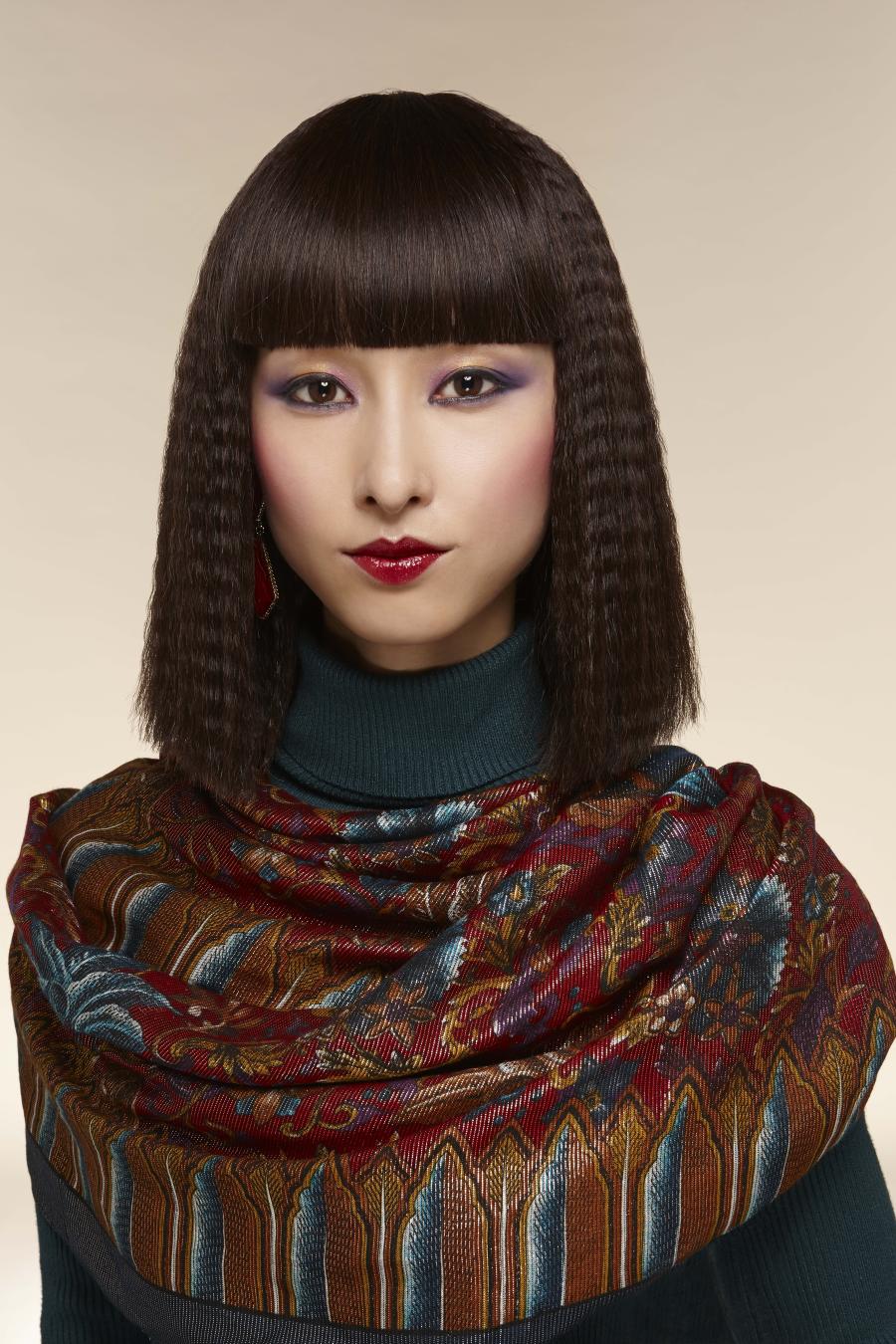 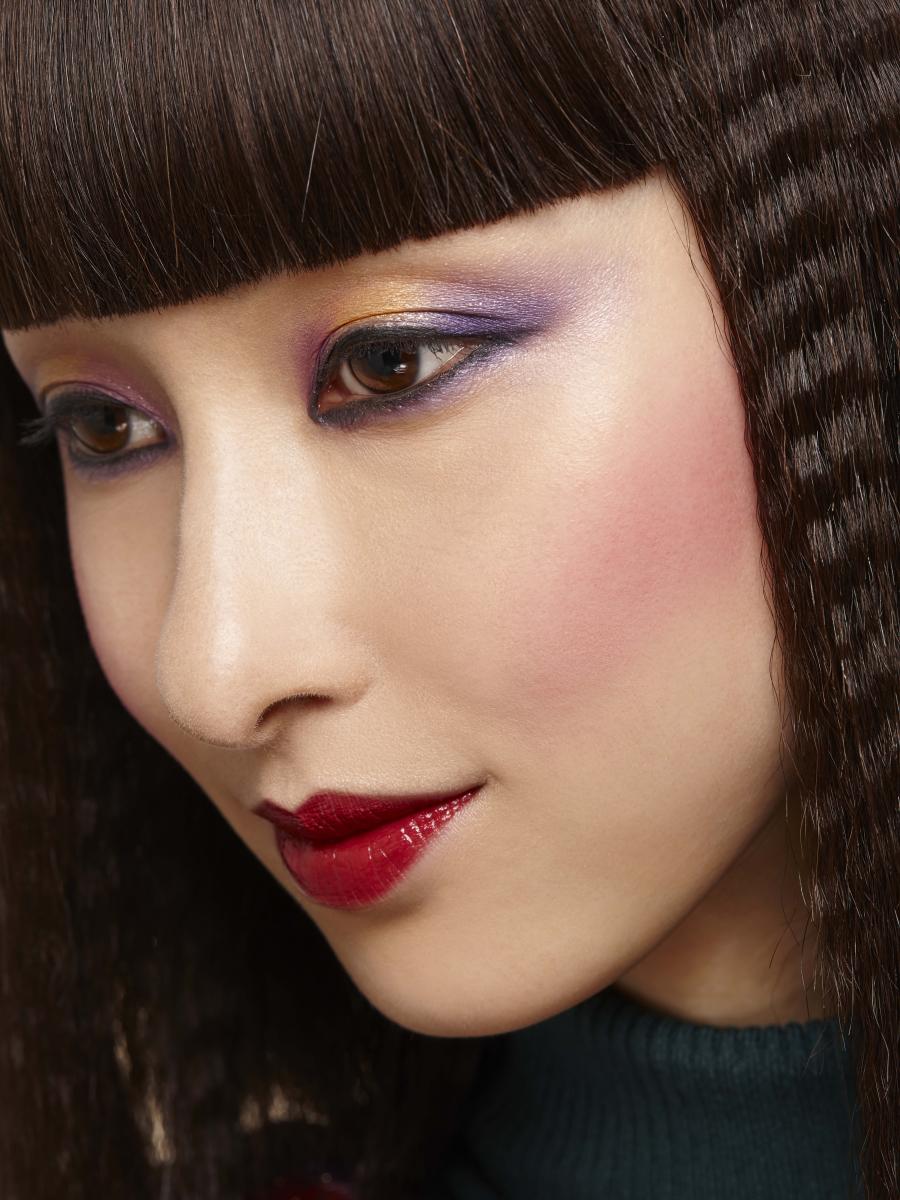 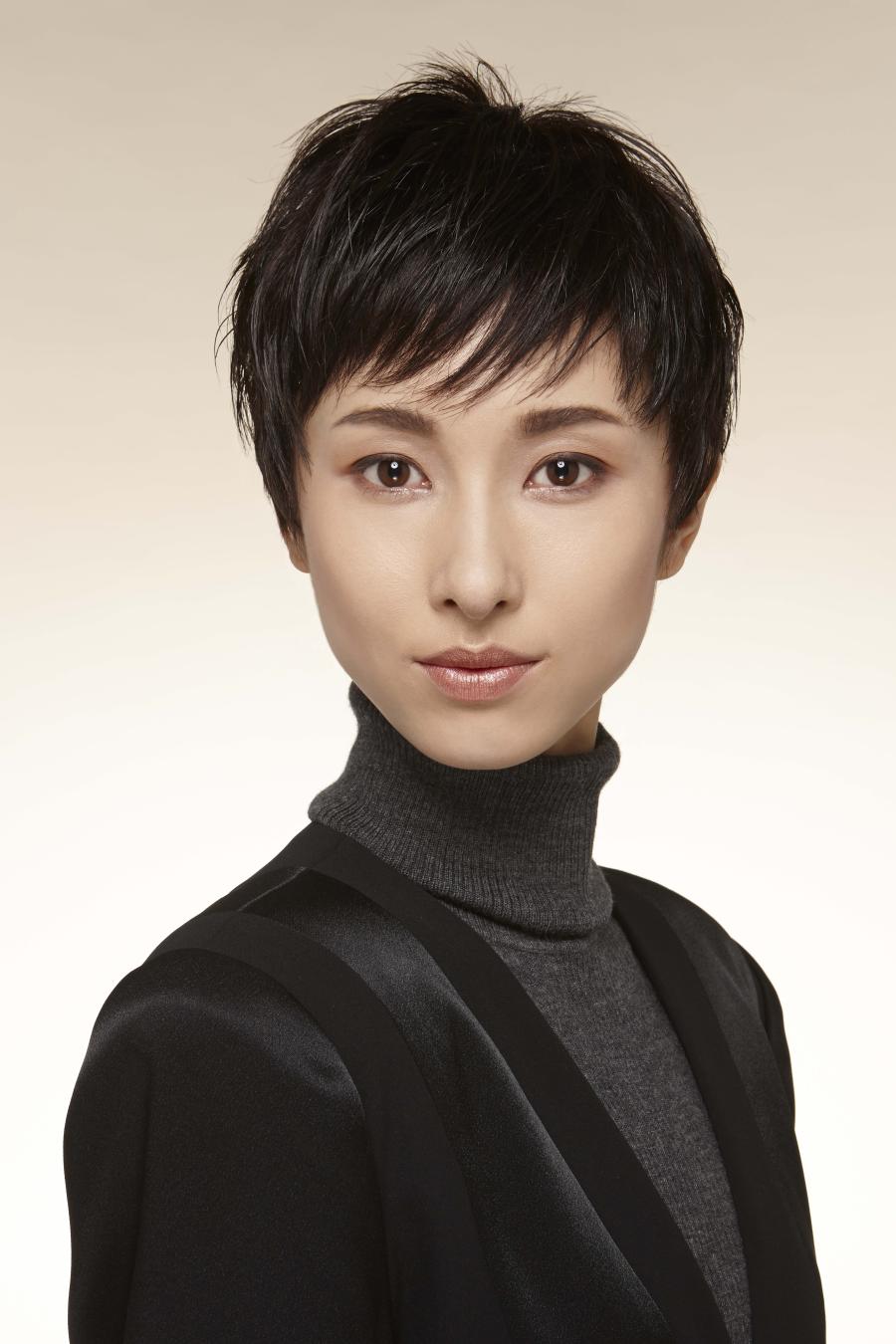 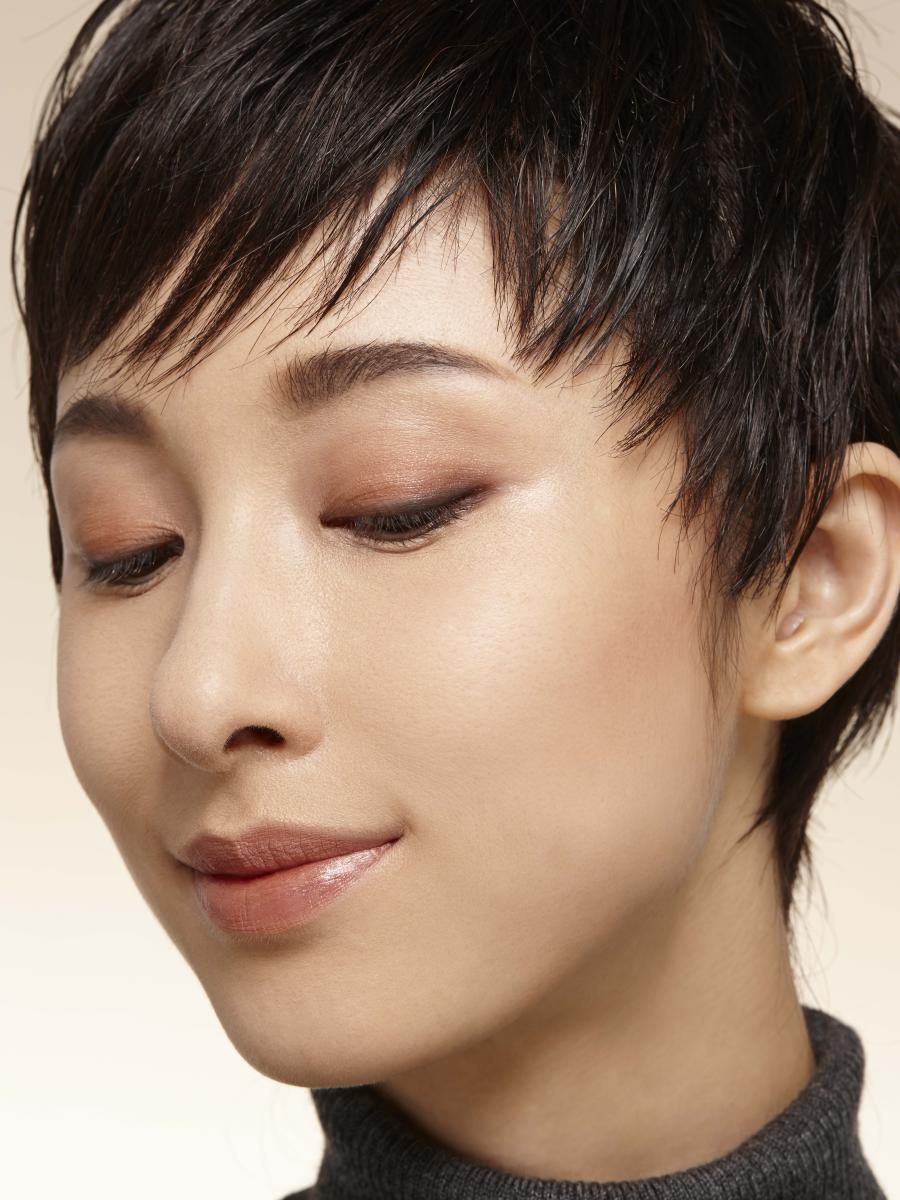 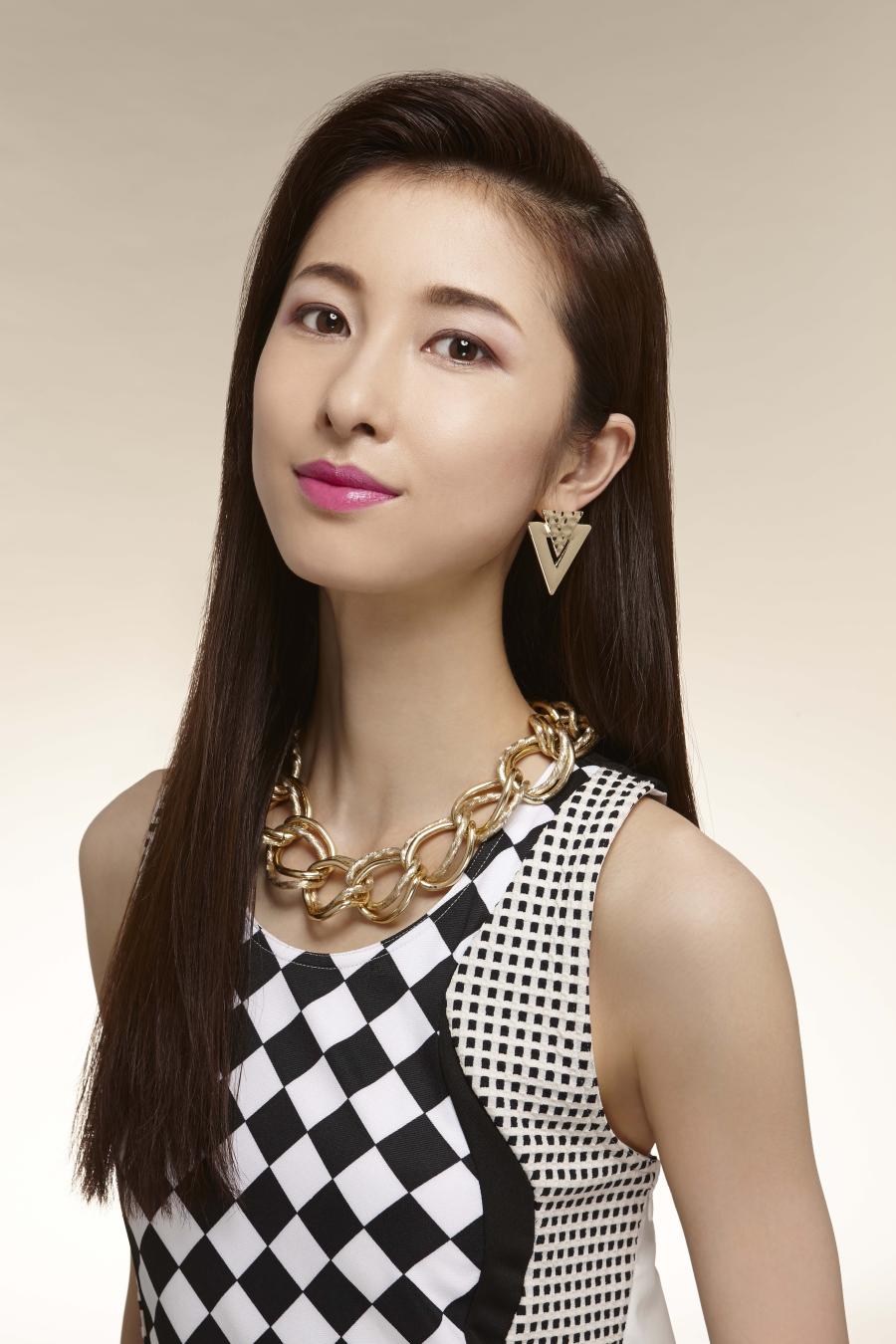 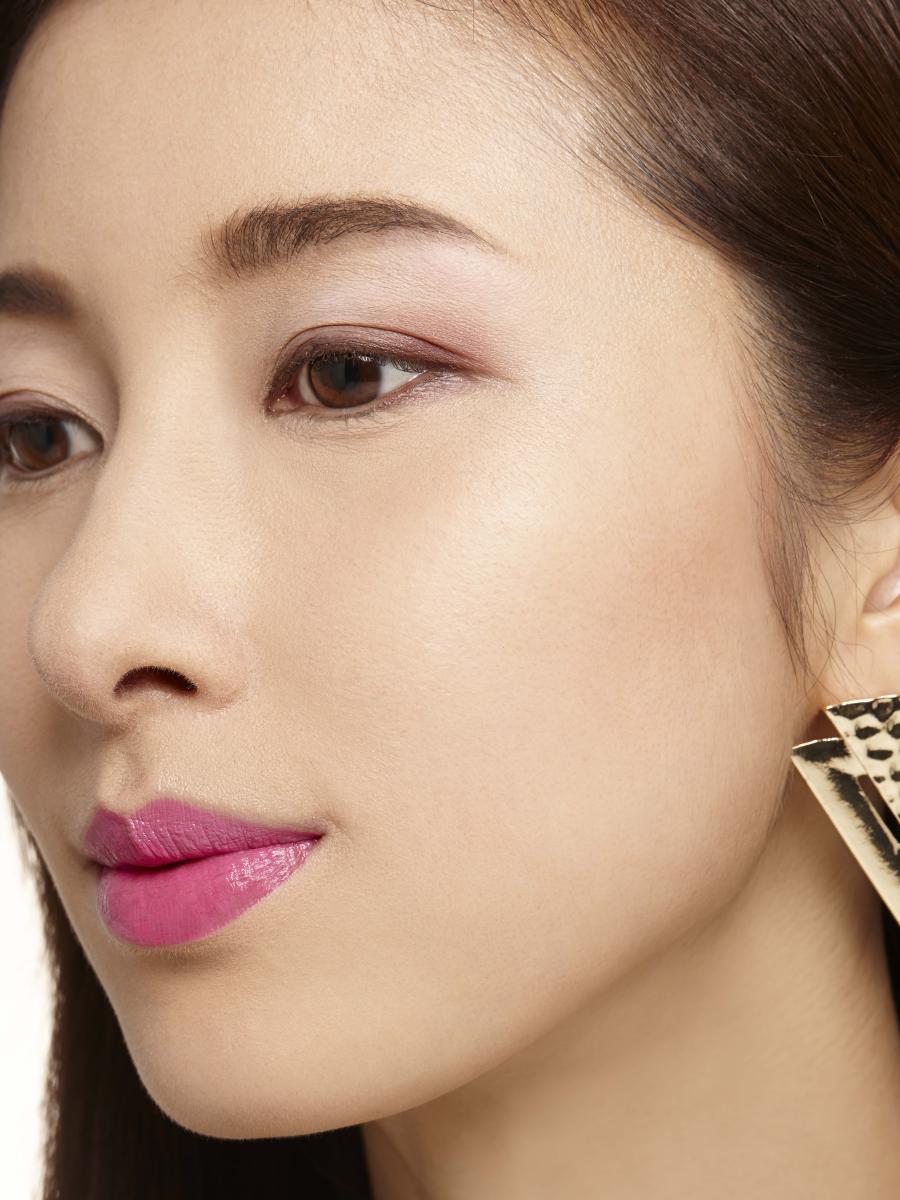 From the Late 1990s to the Present/Arrival of an Unprecedented Aesthetic Boom; Creation and Evolution of Trends Unique to Japan

Women’s enthusiasm about cosmetic changes soared with dyed-brown hair, thin eyebrows or small face makeup from the late 1990s. Fashion trends also began changing from the pyramid structure where they spread from the upper layer to the lower wider layers. The layers of a pyramid were segmented and diversified into a number of small groups, including the gal category, the OL (female office worker) category, and the urahara (street or hip-hop) category. With the advent of an unprecedented aesthetic boom, women in the 2000s further enhanced their aesthetic expressions to the extent that they could not re-create themselves with cosmetics alone and sought other means, including hair extension, eyelash perm, eyelash extension, contact lenses to accentuate pupils, and gel nail polish. By leveraging a wide array of means on top of cosmetics, they overdid their face and hair, and there seemed to be no end to their quest for beauty. However, the Great East Japan Earthquake marked a watershed. They began to seek answers to their own question, “What do I really need?” and started re-examining themselves. As a result, women eased the tension on their shoulders at a single stroke and their makeup returned to a natural-looking one. As one of the kawaii expressions that Japanese women feel comfort, eye bag makeup or blusher to make the cheeks glow like after taking a long bath emerged. Eyebrow colors became brighter while lipstick colors also became brighter and more colorful. As technology advanced, makeup tones in the 2000s went through a long-lasting trend of human colors that blended well with one’s skin color. We are currently in the age of the revival of colors. 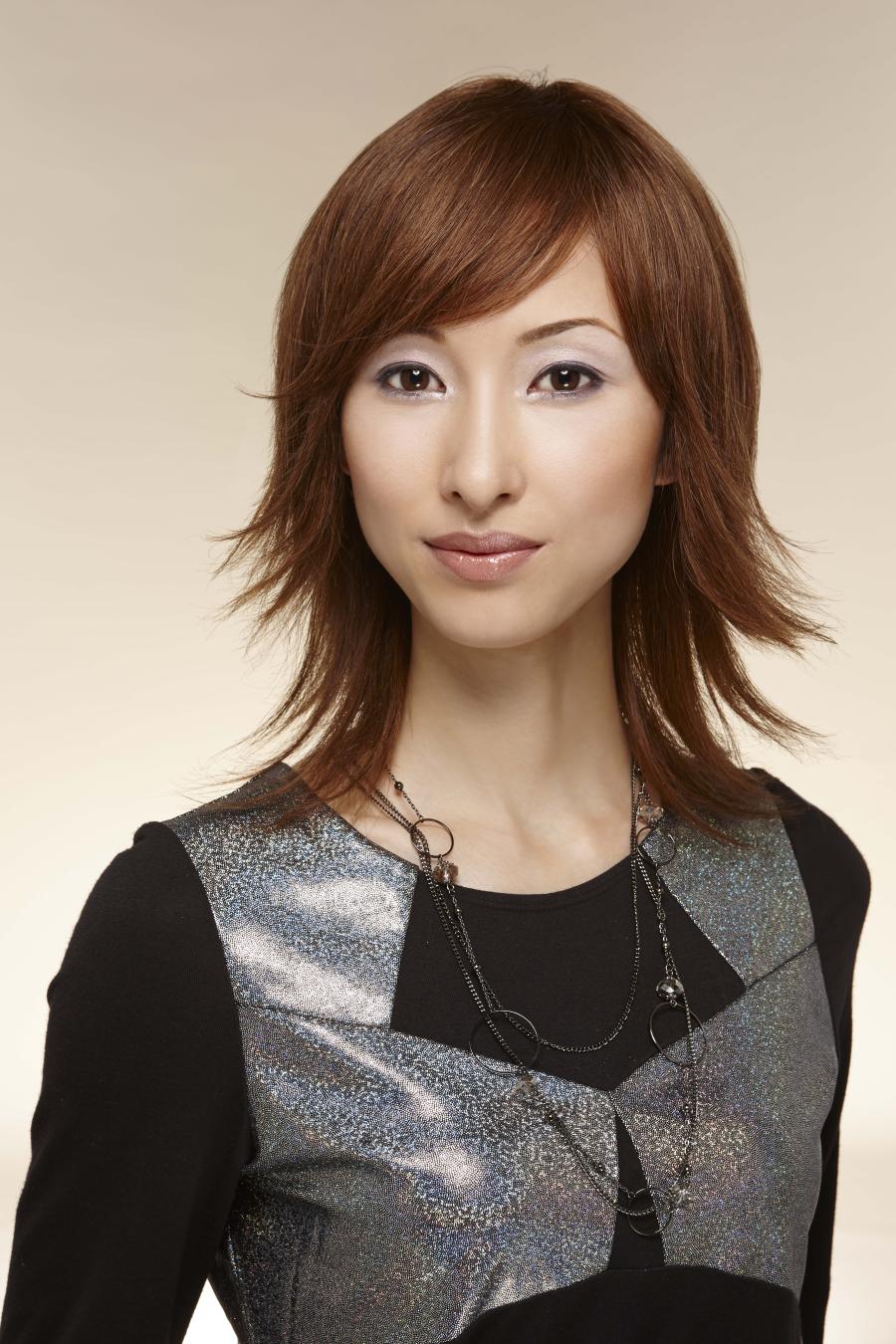 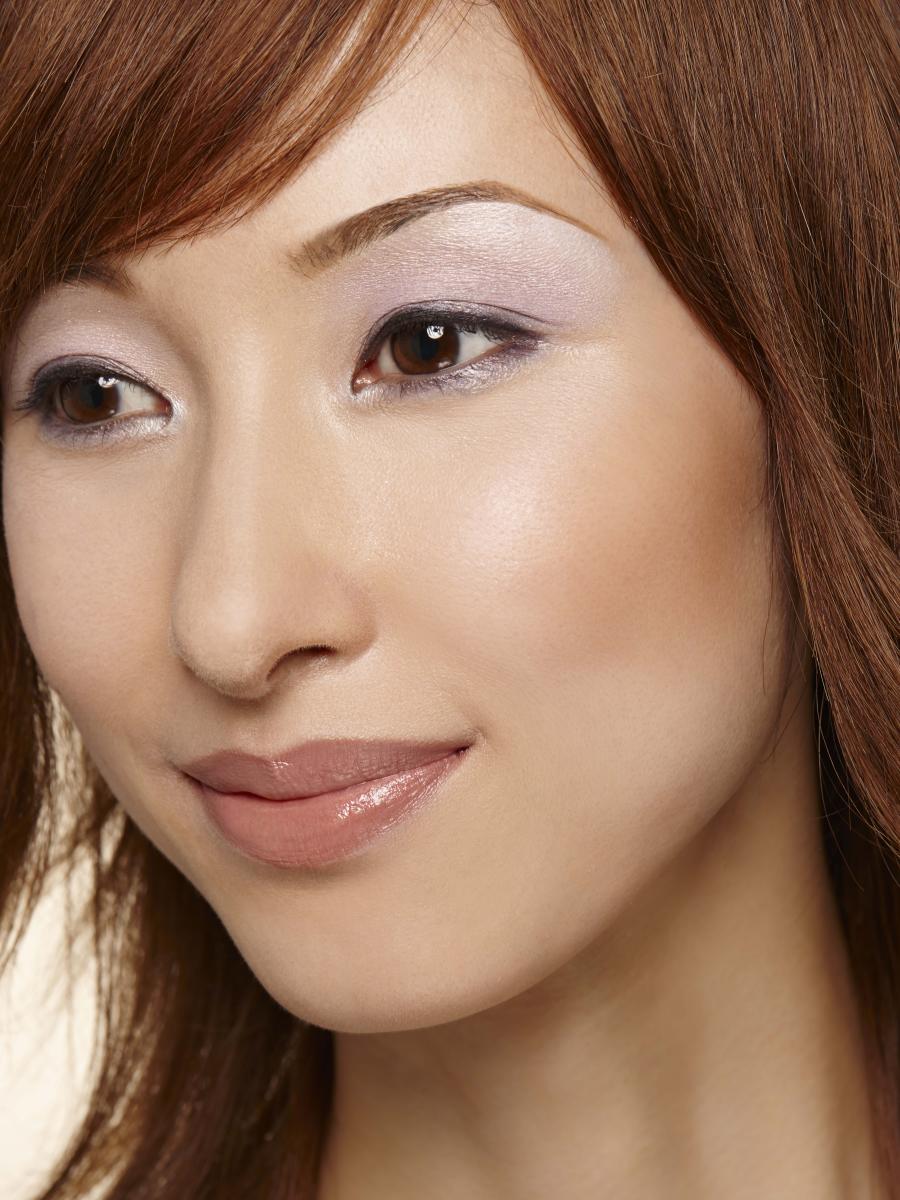 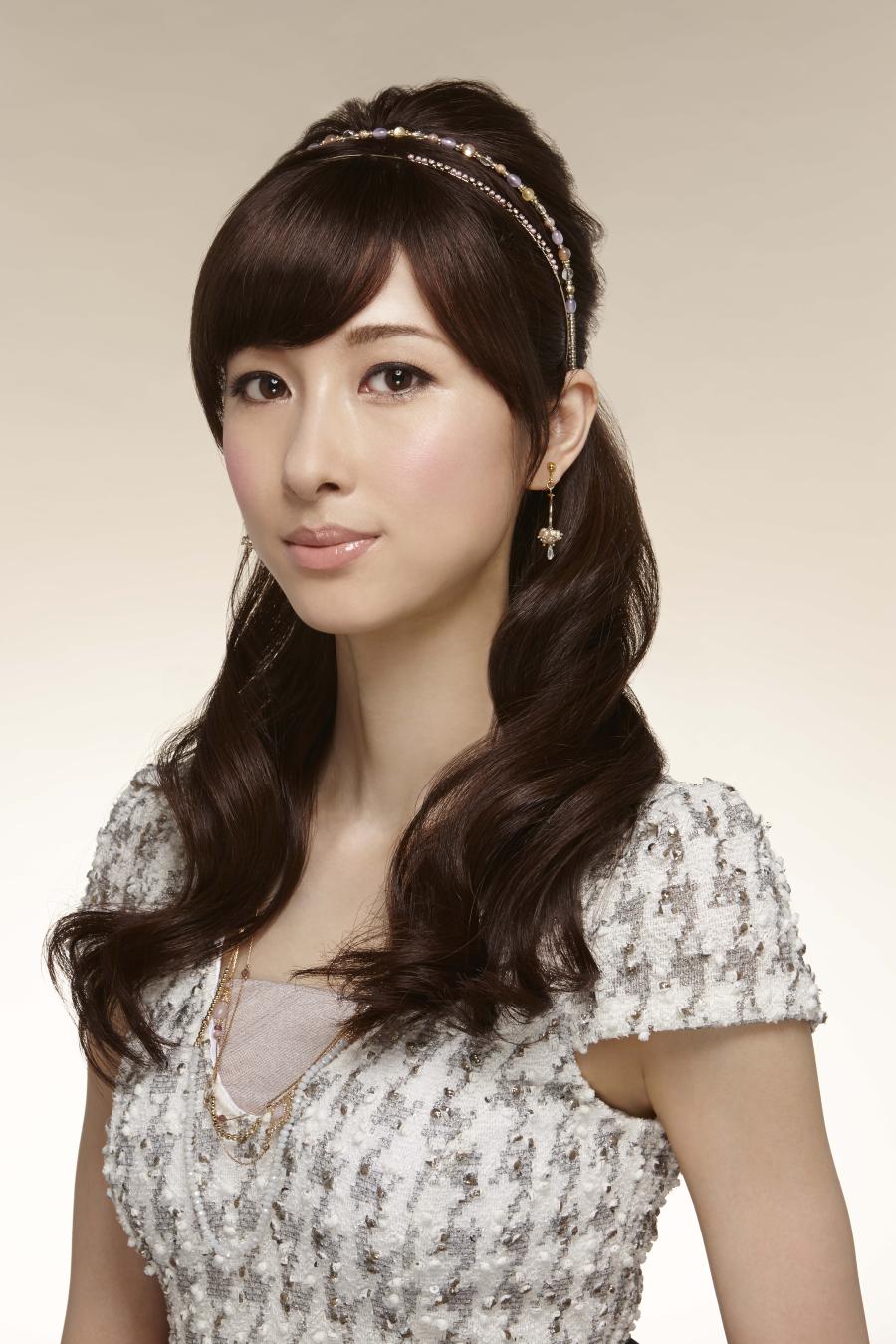 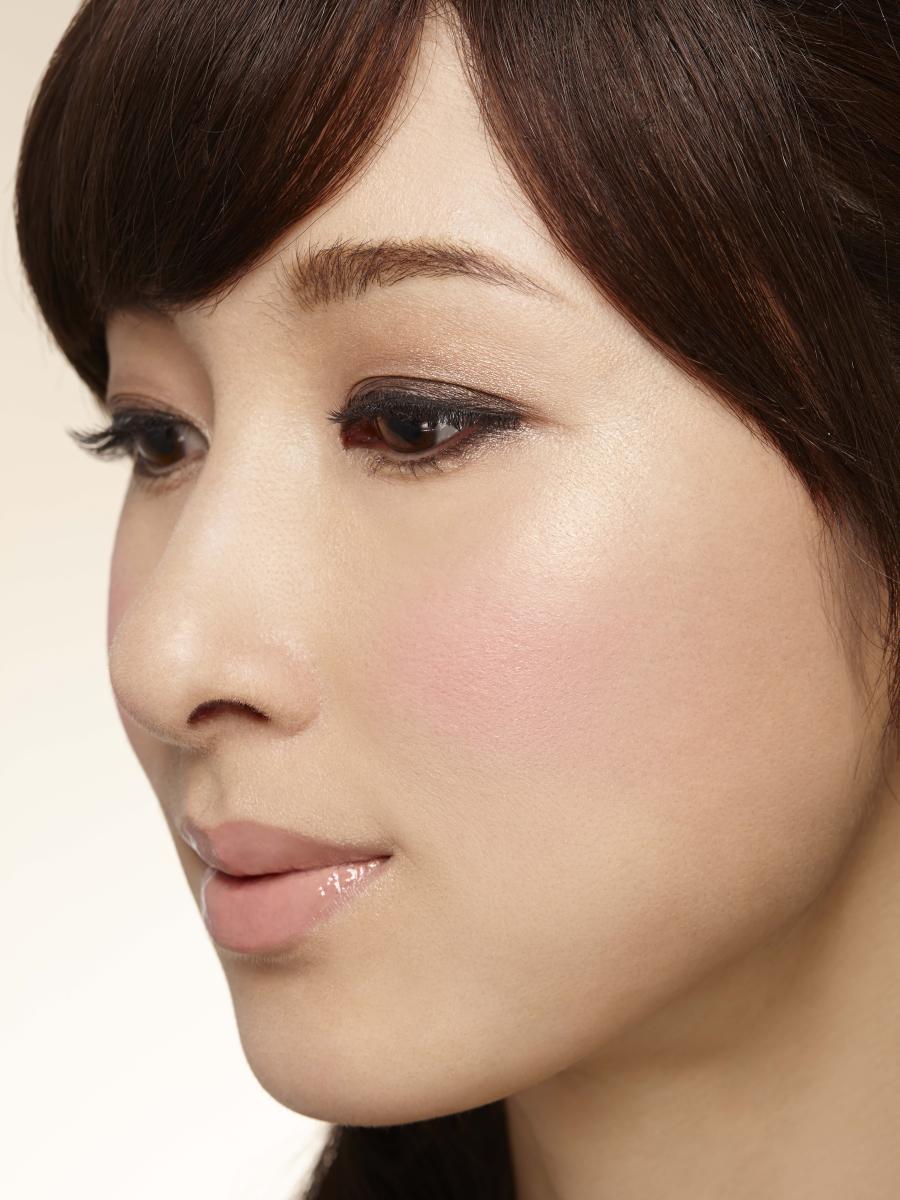 After March 11, 2011/Comforting and affectionate loose and soft makeup 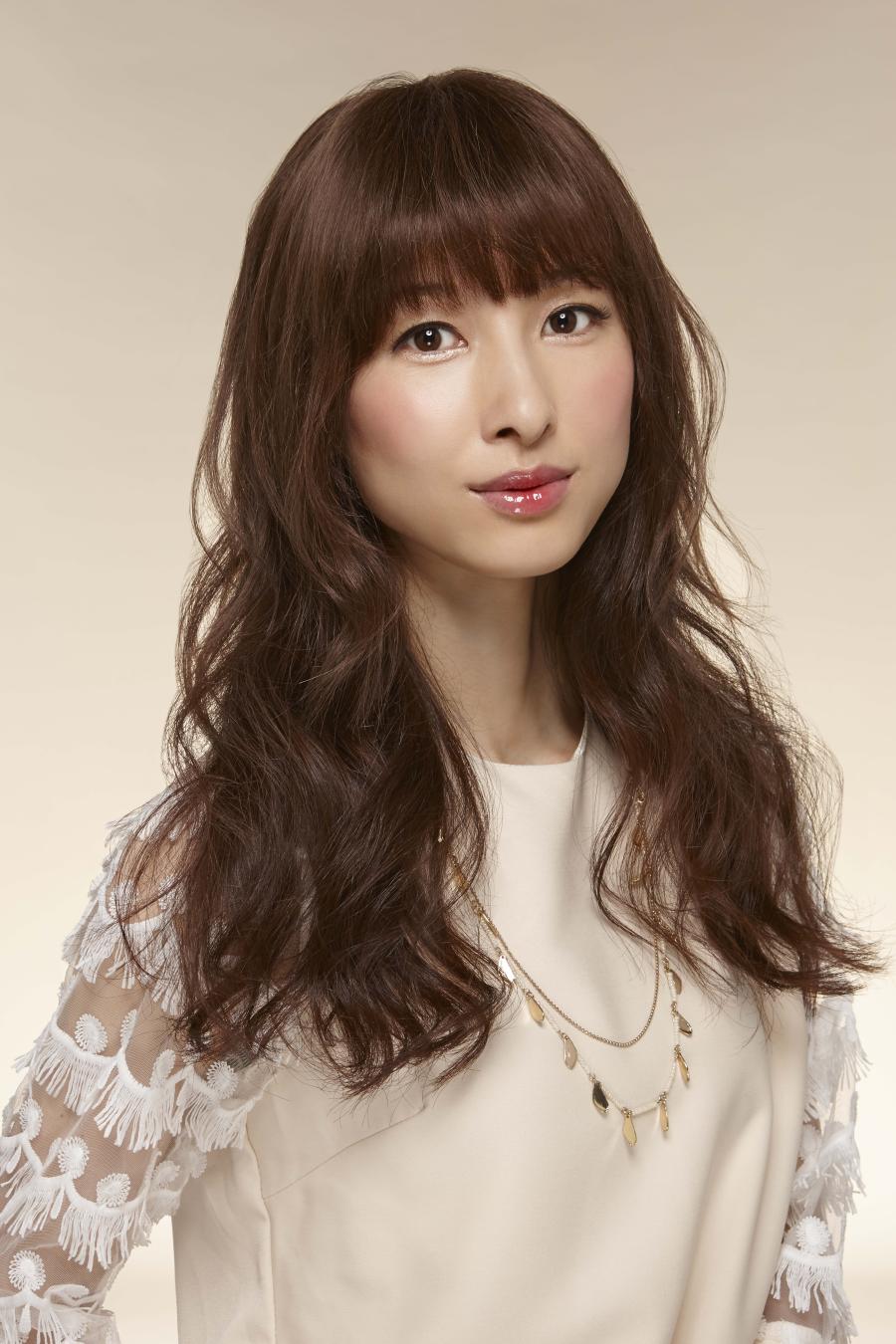 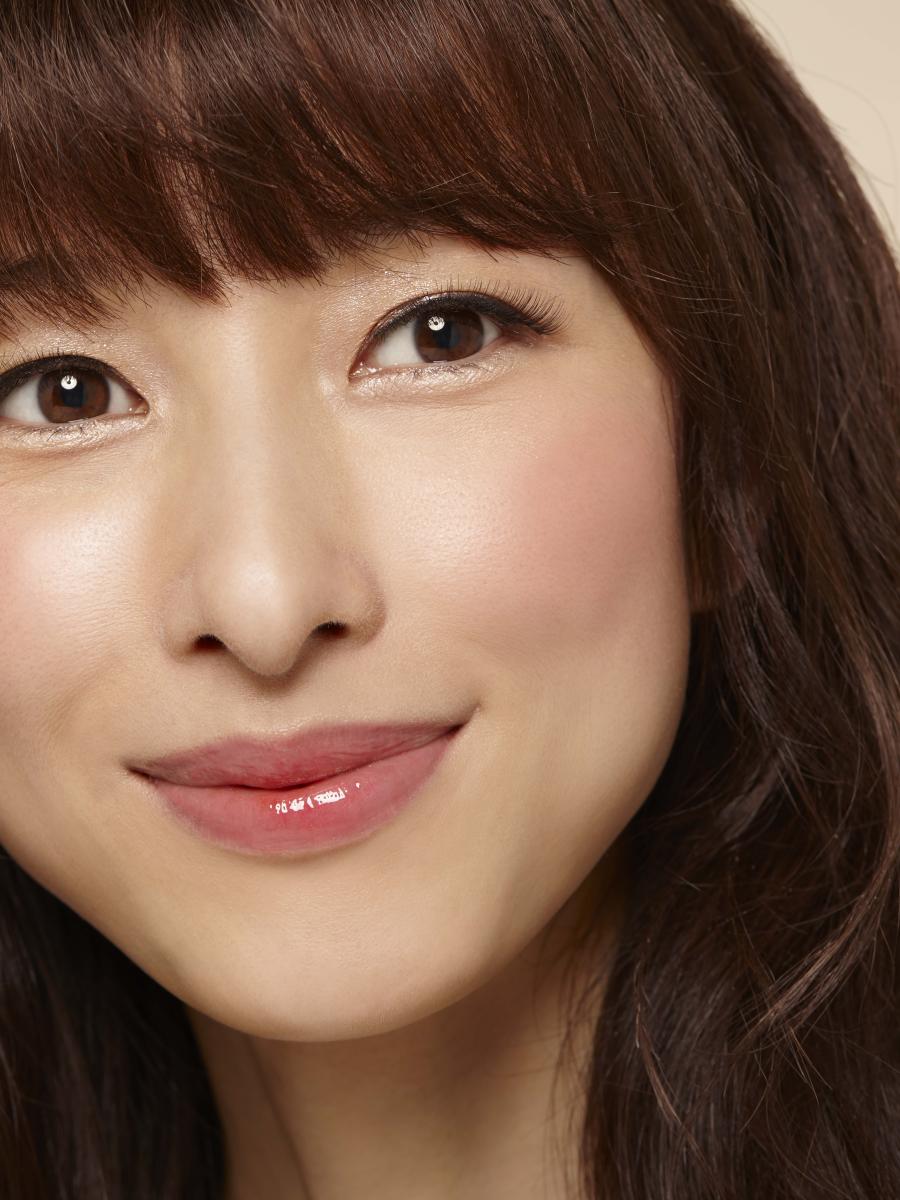 Mid-2010s/A revival of an economic bubble 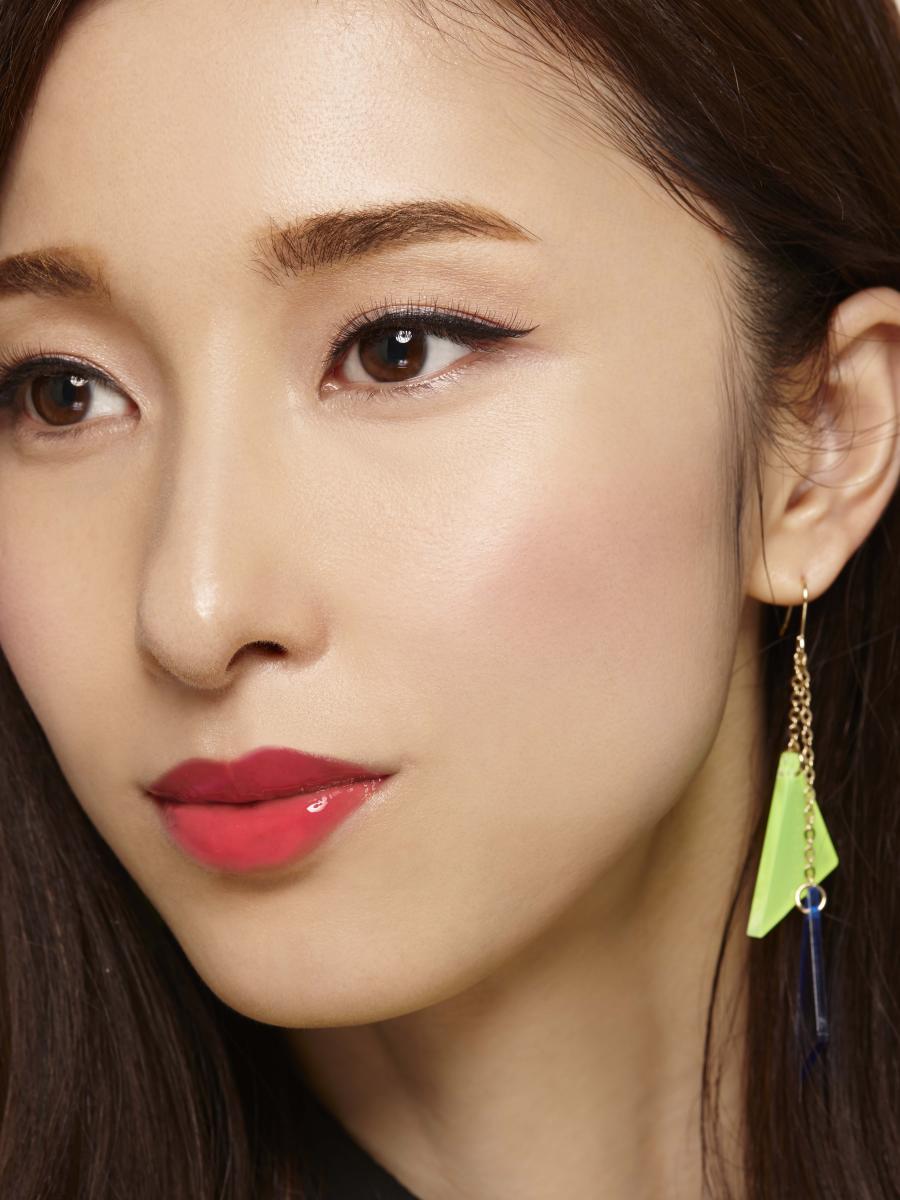 Looking at the relationship between the past social/economic trends and makeup, when the economy picks up, bright color lipsticks or thick eyebrows become predominant and sharp and upbeat makeup tends to become popular. As opposed to this, when the economy slows down, eyebrows tend to become thinner and helpless and lukewarm makeup catches on. In case of natural disaster or political instability, makeup tends to return to a natural look. In recent years, colors have returned to lips and thick eyebrows have remained unchanged, which may be a reflection of public expectations of an upward economic trend or a robust economy. This can safely be recognized as the fact that women’s makeup reflects social mood or atmosphere while women’s faces change as the social or economic milieu changes.

The Transition of Japanese Women’s Makeup：JAPANESE